1955’s The Big Combo suits its name so well. It’s a fantastic combination of all the central elements of the noir gangster film — writ extra large.

The film’s director is Joseph H. Lewis, best known for his gangster flicks and Westerns, including all 51 episodes of The Rifleman. (And one Bela Lugosi picture.) 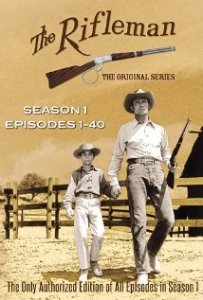 The Big Combo delves into the depths of the mean streets, rife with vice and crime, and filmed at night in high noir style with brash jazz accompaniment. From the opening credits on, the film takes you by the collar and shakes.

Among the secondary characters, we meet the striking Helene Stanton as Rita, the Burlesque babe with a heart of gold. If our “hero” had any sense, he’d see she’s good for him, before it’s too late.

Finally, no discussion of The Big Combo‘s cast is complete without reference to Fante (Lee Van Cleef) and Mingo (Earl Holliman), Mr. Brown’s loyal hitmen, who are so clearly a gay couple it can’t even be called subtext. 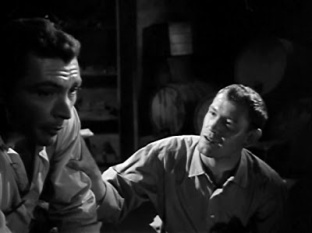 I hope this tempts you to join @bnoirdetour Sunday at 9pm EST for the live tweet of The Big Combo. Hashtag as always is #bnoirdetour.

Edit: Use this link: http://youtu.be/YTsIFNKpyRQ