Spent some time with old films this week, from a pre-code Hollywood favorite to a few random British flicks. (All are available on YouTube.)

The Crowded Day (aka Shop Spoiled) (1954): A day-in-the-life snapshot of working class employees at a department store. A strange mix of romantic comedy (most of the girls’ lives) and noirish melodrama (one girl is pregnant out of wedlock). Thanks to great acting and a happy ending, I loved it. RECOMMENDED.

The Cheaters (1945): A somewhat laboriously plotted Christmas melodrama/comedy. Billie Burke and Eugene Pallette do their utmost to carry the rest of the cast, but it’s not easy. A high point is down-and-out actor Mr. M’s (Joseph Schildkraut) speech about the role of Jacob Marley’s ghost in A Christmas Carol. Better editing and stronger supporting actors would have made this so much more festive. NOT RECOMMENDED.

(For a strong recommendation of The Cheaters, check out Sister Celluloid‘s review, which inspired me to see the movie in the first place.) 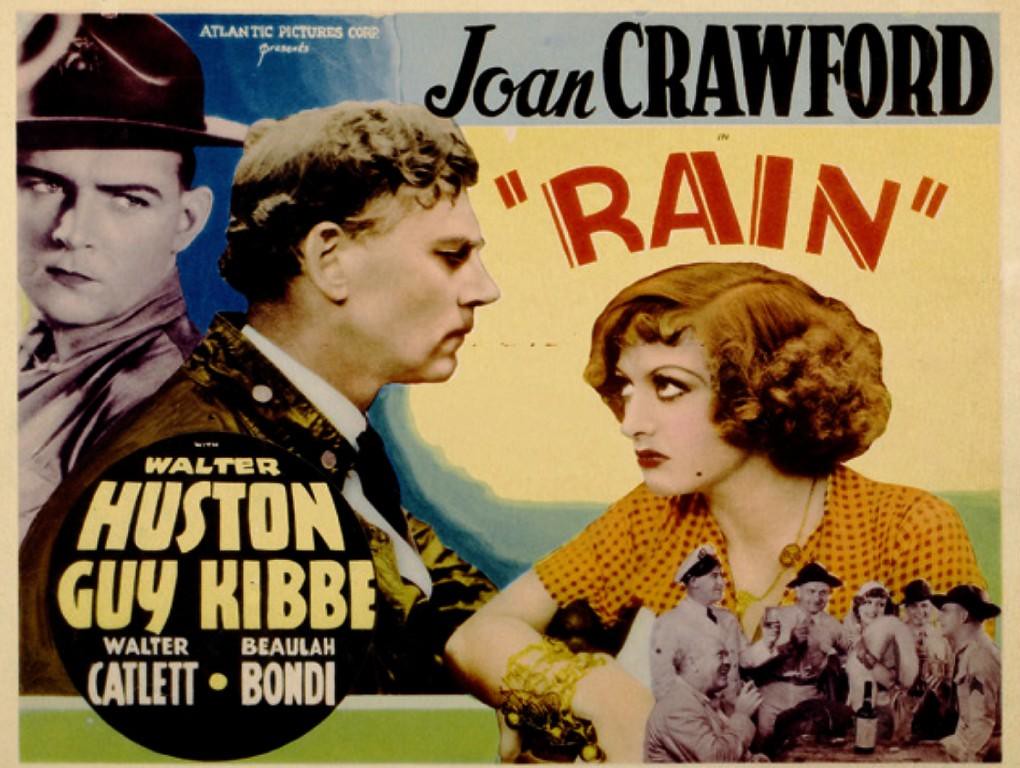 Rain (1932): Before the Hays Code and Joan Crawford’s trademark eyebrows, she played Sadie Thompson, the tough but loveable prostitute in an adaptation of a story by M. Somerset Maugham. The face-off between our hooker heroine and the arrogant and intimidating preacher Davidson (Walter Huston) keeps you glued to the screen from start to finish. HIGHLY RECOMMENDED.

Dangerous Afternoon (1961): In this odd little British drama, Miss Letty Frost (Ruth Dunning, not shown in above poster) is an ex-criminal who went straight after an accident which has left her wheelchair-bound. She runs a boarding house for older ex-criminal women (the primary source of comedy in the film). When her safe haven is invaded by a former criminal colleague bent on blackmail, Letty must protect the others and her own personal history–at any cost. Were this noir or comedy, we’d be cheering Letty until the closing credits. As it is, the melodramatic ending is just preachy and unsatisfying. NOT RECOMMENDED.