Many Home Screenings: the headcold edition

The misery of a summer cold can best be dealt with by staying home, taking meds to ease the symptoms, hot toddy-drinking, and a film festival in bed. That’s how I’ve spent my week, anyhow. Here are the cinematic results: 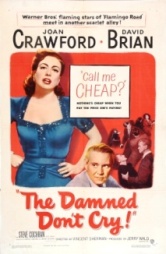 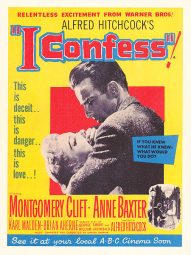 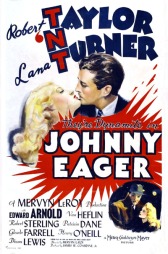 And here are the briefest of reviews plus recommendations:

The Damned Don’t Cry (1950): Poor oil town woman leaves home and claws her way to the top — but can she find happiness among gangsters? David Brian impresses as a truly nasty villain, while Joan Crawford chews scenery but never fully earns my sympathy. RECOMMENDED.

I Confess (1953): A Hitchcock film I’d long wanted to see, with beautiful Montgomery Clift keeping the secrets of the confessional even when it threatens his life. Rather simplistic plot, but Anne Baxter helps make it worthwhile. MILDLY RECOMMENDED

Johnny Eager (1941): Early noir with handsome Robert Taylor as a sociopathic criminal whose conscience exists solely within his longtime friend, an alcoholic played in Oscar-winning fashion by Van Heflin. Lana Turner suffices as the rich gal our anti-hero finally falls for, but the bromance is far more interesting. RECOMMENDED.

The Devil and Daniel Webster (1941): Walter Huston is so superb as Mr. Scratch that the heavy-handed tale of a farmer who sells his soul is entertaining rather than dull. Edward Arnold steals the show at the end, however. MILDLY RECOMMENDED.

The Bat (1959): Serial killer “The Bat” is on the loose, and no one is safe, especially not the mystery writer (Agnes Moorehead) who lives in the murder victims’ former home! Moorehead and supporting stars Lenita Lane and Vincent Price are entertaining, but the mystery is weak. NOT REALLY RECOMMENDED unless you need more Agnes Moorehead in your life.

Elevator to the Gallows (Ascenseur pour l’échafaud) (1958): Louis Malle’s first film is a noirish crime film that made Jeanne Moreau a star. A wonderfully quiet film, we follow Moreau’s interior monologue and watch silently confident leading man Maurice Ronet as their plan to murder Moreau’s husband goes awry in complex and unpredictable fashion. The ending is a bit too French for me, but it’s a gripping MUST-SEE for film noir lovers.

Danger 5, Season 2 (2015): This Australian series alone makes Netflix worth the monthly fee. Bizarre and hilarious spy adventure comedy. The team’s mission is to Kill Hitler, whether we’re in the 60s or, for season 2, the 80s. Multilingual, multispecies, and full of shout-outs and homages. Brief description: Team America on acid. MUST-SEE.

One thought on “Many Home Screenings: the headcold edition”