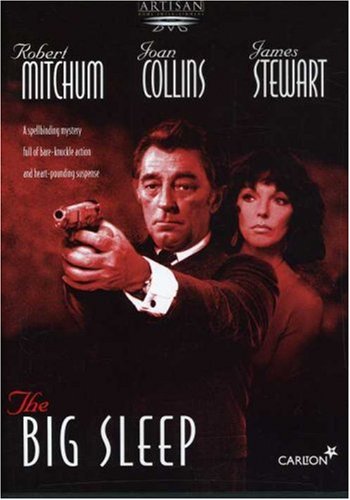 Day 14: Your Favorite Quote from Any Movie

So many quotable noir lines. I wrote about the most famous line from In a Lonely Place here, so I won’t retread that ground. And I’ve delighted in the lyrics to “Put the Blame on Mame” from Gilda here, so let’s not go there either. For noir, I’m a fan of Raymond Chandler and of Philip Marlowe. I dig that tough talk with a heart beating beneath it that he keeps out of sight most of the time. I love his snappy comebacks and the fast clip of dialogue between Chandler characters, especially what passes for hard romance. Often, I like what’s in the books better than the films, but there are a few great ones in The Big Sleep worth repeating. Sadly, this one isn’t part of the 1944 film, just the 1978 remake, which I don’t much like. But it’s a great statement:

Woody Allen talks love and death with what he calls “great pith” in Bananas,  and many a philosopher might offer more, but Chandler’s Marlowe speaks the noir stuff of legend, and I love it.

One thought on “30-Day Movie Challenge”