The film blog Cinema Shame invites all film lovers to submit a 2018 “Shame Statement,” a kind of New Year’s resolution to watch some of the films we feel we should already have seen, but haven’t. There are some basic, logical rules, and this year, they’ll have monthly prompts, like a blogathon, in which you state what movie you’ll watch based on the prompt (e.g. “I love [insert director here], but I still haven’t seen [insert unwatched movie here]”), and then post your movie response/review sometime during the month on your site and tag @CinemaShame when you post. They’ll include your post in their constantly updated monthly roundup. How fun and productive is that?

January’s prompt is a 2018 Shame Statement: This is a general list of the films we plan to watch in 2018 that we should’ve already seen. You choose the whys and the wherefores; the goal is just to get a list up and start ticking off (using strikethrough) each film as you watch it.

So, although I loathe NY’s resolutions, I do like this idea, and I’m definitely signing up!Obviously, all my “shame” films are going to be noir, noirish, or somehow related to noir. And all are films I have not seen and feel I should.

I want to begin with some of the titles I ticked off near the end of 2017 in preparation for 2018:

Brilliant, ahead of its time, fast and furious, with amazing direction and cinematography. Immediately became one of my favorite ever noir films. Already wrote about it.

Not noir, but Hitchcock. I’ve seen so many Hitchcock films that it seemed absurd not to add this to the list. One inspiration was wanting to see more work by John Hodiak after seeing him in Somewhere in the Night (1946). It was an enjoyable ride, and I delighted in Talulah Bankhead’s performance. My only real complaint is someone deciding Hume Cronyn’s British accent was filmworthy. 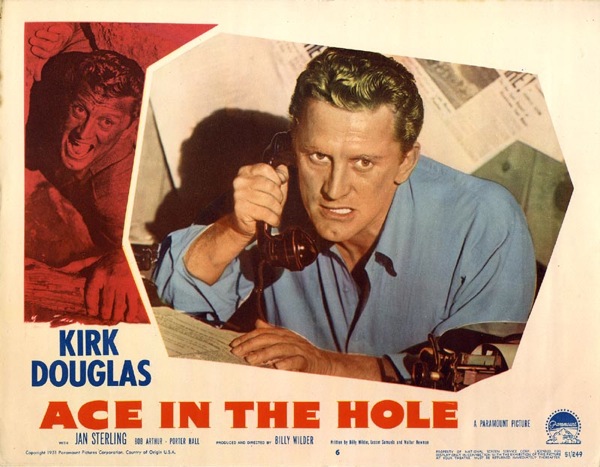 I had no idea this film was so good. I love its media critique, Kirk Douglas’s performance, and the issues of anxiety related to race that I see, a key noir theme. Wrote briefly about it, with more likely to come. Definitely one of my favorite ever noir films, too. And led me to see another great noir, Detective Story (1951).

Will discuss each in a post if and when I watch it.