Casualty of Corruption: I Am A Fugitive from A Chain Gang (1932)

I like that 1932’s I Am A Fugitive from a Chain Gang is identified by some as an example of film noir, primarily because it makes this review “on topic” for my blog. Sure, I see the bleak underside of the American Dream, the division of the world into haves and have-nots, grotesque injustice, and the ease with which a man can become lost within a corrupt system. There’s even a proto-femme fatale whose greed dooms our everyman hero. Plus, the cinematography is effectively dark and brooding. This said, I’m not particularly interested in picking out pre-noir era noir elements. I’d rather write about what drew me to the picture and what pushed me away.

I Am A Fugitive demands a contemporary viewer’s attention at least in part because of its award nominations and wins, including Pest Picture, Best Actor in a Leading Role, and Best Sound Recording in the 1934 Academy Awards. It also won the 1932 National Board of Review’s Best Film award. And, in 1991, it won its place in the National Film Registry.

What has earned the film these accolades is undoubtedly tied to the “based on a true story” element. Robert E. Burns was indeed a WWI hero who ended up on a Georgia chain gang, escaped his imprisonment, was turned in by his wife to serve out his sentence, and escaped again. He wrote “I Am A Fugitive from a Georgia Chain Gang” while in hiding in Chicago — after he’d formerly become a highly successful magazine editor — and his efforts helped to bring down the brutally unjust chain gang system. (I particularly love the detail shared on the movie’s IMDb page that Burns worked for a few weeks in secret on the film, but “the stress and the risk were too much,” so he fled back to New Jersey.)

People also praise Warner Brothers for making the film. Social commentary films were not in style in the early 1930s, but its success ultimately led to WB’s reputation as a studio with a social conscience. Interestingly, the film was banned in Georgia, even though the state is never mentioned in the film as the site of the protagonist’s suffering.

There are, of course, deviations from the Burns story in the film. They extend the indictment of the chain gang system and the officials who kept it in place, and wring as much pathos out of the audience as possible. First, unlike Burns, the fictionalized James Allen (played by Paul Muni) does not intend to steal money. In truth, Burns admitted he did steal a little over $5 for food when he was destitute. This renders the protagonist of the film more an ill-fated everyman than a criminal, however petty the crime and grossly unjust the punishment. (In his bewilderment, Muni reminds me a touch of Tom Neal in Detour.) In addition, Burns was defended by three successive NJ governors. Only in 1945 did Burns return to Georgia to appear before the state parole board. Unlike James Allen, Burns — though not pardoned — had his prison sentence expunged and his civil rights restored. The film leaves James Allen in a terribly ironic position: he’s forced by the system to become the criminal he never truly was. (Detour‘s ending comes to mind here.)

I do see the importance of the film to Depression-era viewers, and (to an extent) it does hold up to its awards, high praise, and 8.0 rating on IMDb. Nonetheless, as the above differences between the film and the story on which it is based suggest, I Am a Fugitive from a Chain Gang is heavy-handed melodrama. Given the hideous abuses of the chain gang, there was no need to shy away from the reality of a poor man stealing to eat. Moreover, the true story has it that Burns cheated on his wife, and that was (one reason) why she turned him in. Who knows if there was more than just cheating to make her pursue such vengeance; certainly, Burns didn’t tell if there was. By contrast, Muni’s James Allen is a truth-teller, letting the woman who becomes his wife, Marie (Glenda Farrell) know he likes but does not love her, and that he plans to end their relationship. She, by contrast, blackmails him for the money. He is trapped by a proto-femme fatale who parties and sleeps around as she overdraws her bank account on a daily basis. Her acting is wildly broad and one-dimensional, adding to the film’s stacked deck. That said, Helen Vincion as true love interest Helen could be argued to be equally thin in characterization, just in a more placid role — and one not part of Burns’ real story.

Another problem I have with the film is its stereotypical rendering of a chain gang. That is not the movie’s fault. This film is the source from which many a future film and television show would be based. Sullivan’s Travels may be based in part on Jonathan Swift’s satire, but this 1941 fictionalized depiction of the chain gang can’t help to take viewers back to I Am a Fugitive. And other films built on this, from The Defiant Ones (1958) and O, Brother Whereart Thou? (2000) to numerous exploitation flicks. Worse for me, I first learned about chain gangs from television, including The Big Valley‘s “The Iron Box” (1966) and Charlie’s Angels’ “Prisoners in Chains” (1976). (The Drew Barrymore film remake in 2000 paid a parodic homage to the TV episode, too.) 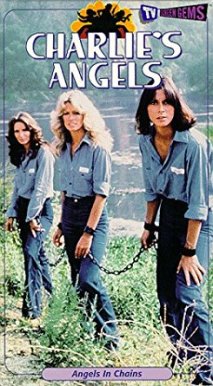 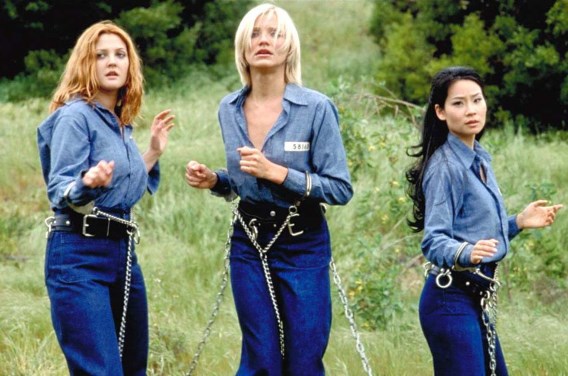 To get those images out of our heads, I end with a few words about Paul Muni, the actor who made me want to watch this film in the first place. I find young Muni absolutely gorgeous, I confess, and he is handsomely pathetic throughout the picture. This nice Jewish boy, educated in NY and Cleveland after being brought over from Galicia (now Ukraine) by his folks, with his big dark eyes and thick black hair, was a Yiddish theatre actor until he began to do English-speaking roles around age 30. At 32, he found himself at Fox, acting in films that alternated with Broadway roles for several decades. Poor health ultimately forced him into retirement, but as a young man, he definitely had a time of it. (I also like that he remained married to one woman, Bella, from before stardom in 1921 until he died in 1967.)

Muni is known for an immersive acting style, perhaps something between Method acting and Lon Chaney’s “man of a thousand faces.” And he does immerse himself in I Am a Fugitive. Again, I can’t deny he delves into melodrama, contorting his face and delivering gestures and lines with an over-the-top emotionality. There were moments when I cringed just a little, even as I knew the performance must be considered within its era. Regardless, though, he’s an actor in his prime in an important and engaging film. I’m so glad I finally took the time to enjoy this unique film.

4 thoughts on “Casualty of Corruption: I Am A Fugitive from A Chain Gang (1932)”