There’s a small subgenre of noir (or noirish) films that deal with journalism — from tales of earnest wartime reporters to blackmailing magazine magnates. My favorite at the moment is Ace in the Hole (1950), which kept me riveted. At the bottom of the heap is The Sweet Smell of Success (1957), which bored me silly. Imagine my delight when I stumbled over the weekend on Scandal Sheet (1952), a fast-paced adventure about the depths one man will go to stay rich and powerful and his efforts to destroy anyone who gets in his way.

I thoroughly enjoyed the ride, despite or perhaps in part because of the film’s predictable narrative. Unlike most noir, in Scandal Sheet we know who the villain is early on. Our task is to watch those around him solve the mystery, set in the office of a once-great newspaper turned tabloid. The film’s primary strength in bringing this across is Broderick Crawford, all booming bluster. And if you like plucky working girls in your noir, Donna Reed definitely fits the bill. She sees right through her boss. John Derek plays her love interest, an overeager young reporter who might just end up as bad as Crawford…if he’s not careful. 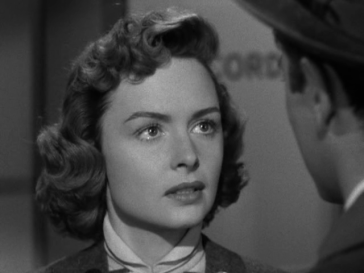 We meet other characters along the way, a suffering chorus of lost men and lonelyhearts, exploited by the press when they’re not being ridiculed or ignored. There’s drama and action as well as melodrama, especially in the ending, and I confess I love it all, at least in part because the picture feels much earlier in the cycle than 1952. This is likely because Scandal Sheet is based on a 1944 novel by crime reporter/writer and later director Samuel Fuller (The Dark Page).

If I fault the picture, it’s for Phil Karlson‘s lackluster direction, and some less than brilliant cinematography by Burnett Guffey (his best work being Bonnie and Clyde). In fact, I can remember only a few noir visuals, one when Crawford menaces a witness in an alley and his face is half in shadow, and the other when he is sitting at his desk, fearing he will be recognized by another witness, and slips back into shadow. I may need to watch the film again with more focus on mis-en-scene to see if I’ve missed more or am just being too harsh. 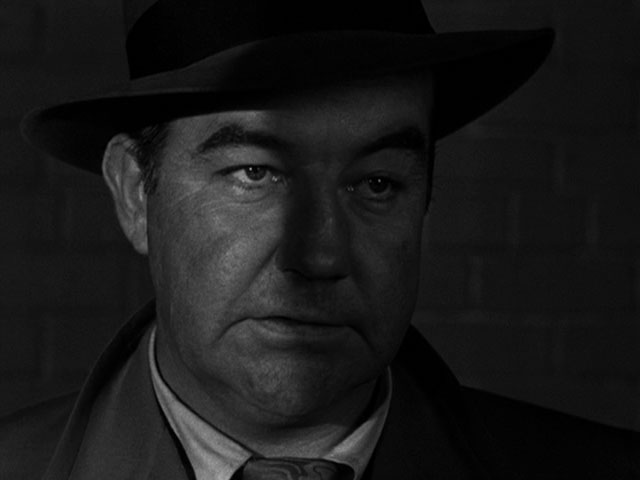 In any case, if you haven’t seen it, I recommend a gander. Link below for as long as it lasts, and I’ll definitely be featuring it on a #BNoirDetour Sunday soon!