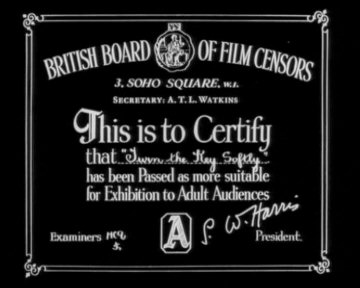 If the 4th of July has given you an adequate dose of American culture, join #BNoirDetour and #HitchGoesHollywood this Sunday for a double dose of British film.

Turn the Key Softly (1953) tells the tale of three women being released from prison on the same day. All wish to make a change, to live a better life on the right side of the law. We meet lovely Monica Marsden (Yvonne Mitchell), determined not to end up back with her criminal boyfriend David (Terence Morgan); lonely Granny Quilliam (Kathleen Harrison), who’s been arrested fifteen times for shoplifting and wants nothing more than to live out a peaceful life with her beloved Johnny; and Stella Jarvis (Joan Collins), a bad girl who wants to be good, with a wedding ring to prove it.

The film follows the trio over the course of a single day in London. Will they be tempted to return to what put them in prison in the first place, or can each make a new start?

There is a dark realism to the film that kept me gripped. While not a typical noir, more (melo)drama in many ways, the film is referenced in several critical studies of British film noir, including its use of an homme fatale, its prison context, its urban setting, and the dark night streets and back alleys where the film reaches its climax.

For those looking for noir drama without the usual gangsters or murder, Turn the Key Slowly offers a compelling and moving change of pace. The acting is excellent, and young Joan Collins is a dazzler. 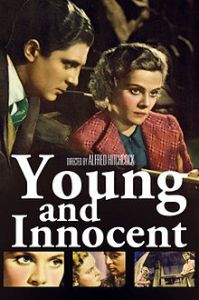 “A film actress is murdered by her estranged husband who is jealous of all her young boyfriends. The next day, writer Robert Tisdall (who happens to be one such boyfriend) discovers her body on the beach. He runs to call the police, however, two witnesses think that he is the escaping murderer. Robert is arrested, but owing to a mix up at the courthouse, he escapes and goes on the run with a police constable’s daughter Erica, determined to prove his innocence.”– IMDB

Hitchcock explores the wrongly accused man out to prove his innocence, a plot he rehashes throughout his career. Other familiar Hitchcock motifs in this film include: the use of birds to signal evil and the MacGuffin in the form of the missing belt from Tisdall’s coat.

The highlight of Hitch’s directing chops comes near the end of the film when the killer’s identity is revealed.  The camera goes from the highest point of a crowded ballroom and tracks through the dance floor, finally ending with an image of a twitching eye.  The whole sequence is accomplished using a single shot.  This filmmaking technique eventually realizes fruition when Hitchcock filmed Rope.

Hitch’s leading lady for this production is Nova Pilbeam, playing the part of Erica Burgoyne. 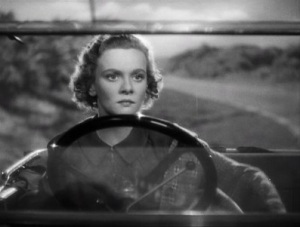 Young and Innocent marks the first film Nova made as a full-fledged adult- she had just turned eighteen.  Feeling protective, Hitchcock’s wife admonished him to not be his typical harsh self with the young actress.  By all accounts, Hitch complied with Alma’s instructions and treated young Nova with the utmost gentleness.  The rest of the cast and crew paid the price as, since he couldn’t berate the young star, Hitch compensated by releasing his venom on them.

Keep your eyes peeled for the Hitchcock cameo around the 14 minute mark.  This time he plays the part of a photographer at the courthouse. 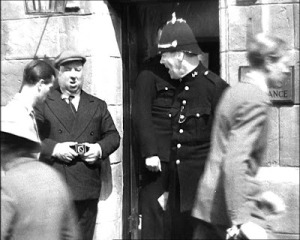 Young and Innocent was chosen to be part of the #HitchGoesHollywood film series because it marked the last collaboration with screenwriter Charles Bennett.  Bennett had written the play that was adapted as Blackmail.  He had been a valued part of Hitchcock’s inner circle ever since, providing screenplays for all of Hitch’s “classics.”

Bennett moved to Hollywood to work for Universal.  He sent letters back to Hitchcock full of tales of obscene amounts of money and no limitations in Hollywood.  Bennett’s correspondence planted a seed in Hitch’s head.

After work finished and Young and Innocent was released, Hitch took his family on a vacation- to the United States.  Just to see what all the fuss was about.

Come celebrate the Independence Day weekend with me by enjoying a British film directed by the most celebrated British filmmaker.

I’ll be waiting for you to finish your fireworks.

Warning/Disclaimer: Just a heads up: this film DOES contain a short sequence with actors in “blackface.” 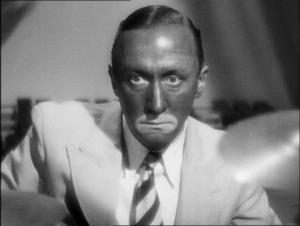 One thought on “Films for 7/5: Turn the Key Softly (#BNoirDetour) & Young and Innocent (#HitchGoesHollywood)”