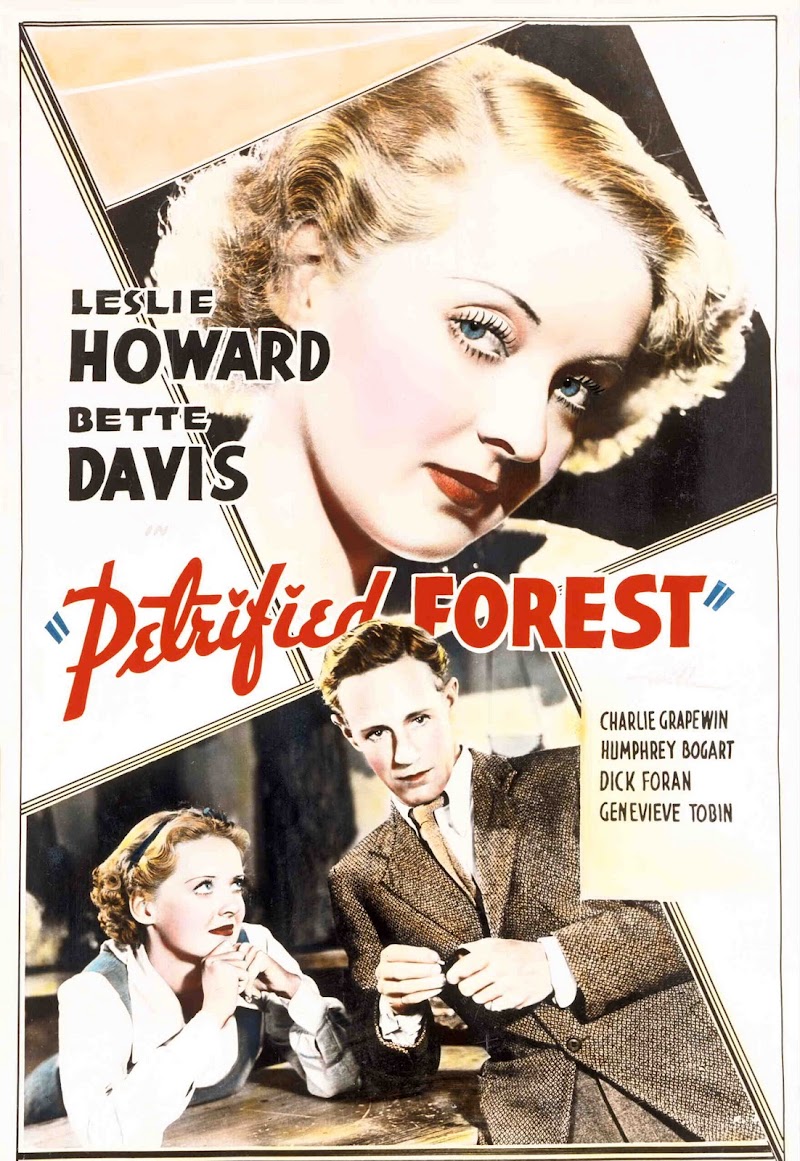 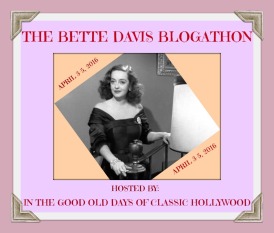 How could a noir blog miss a chance to celebrate the awesome Bette Davis? Although she isn’t best known for her work in the genre, Davis’s highly dramatic style graces such original cycle noir pictures as The Letter (1940), Deception (1946), and Beyond the Forest (1949). Yet, when In the Good Old Days of Classic Hollywood announced its 2016 Bette Davis Blogathon, I decided I wanted to revisit one of my favorite pre-noir flicks, The Petrified Forest (1936). 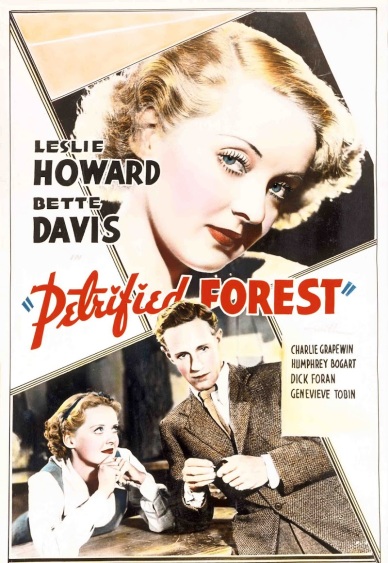 This Depression-era tale finds disillusioned drifter Alan Squier (Leslie Howard) wandering into a roadside service station in Black Mesa, Arizona, at the edge of the Petrified Forest. He is served by young idealist Gabrielle (Bette Davis), who falls instantly for the down-on-his-luck writer, and soon her youthful optimism seduces him as well. Gabrielle shows him her artwork and they share poetry together  — much to the chagrin of her football-playing lug of a boyfriend Boze (Dick Foran). But before Alan can get out of town with the help of a ride from the wealthy and morose Chisolms (Genevieve Tobin and Dick Foran), the diner is taken over by the murdering gangster Duke Mantee (Humphrey Bogart in a role based on Dillinger that would help to define his entire future career). Will everyone survive? Will everyone want to?

The Petrified Forest is incredibly stagy and wordy, but I love it. The diner is and feels like a set, with the dead wilderness beyond it more a theme than a reality, as it certainly was in the original stage play by Robert E. Sherwood — a member of the Algonquin Round Table, speechwriter for Franklin D. Roosevelt, and perhaps best known as author of the screenplay for the film The Best Years of Our Lives (1946).

Bette Davis is young but plays even younger here (she’s 28 but the character seems meant to be a naive 21 at most). It’s a delight to watch her play up to Howard after she brought his downfall in a proto femme fatale role two years earlier in Of Human Bondage (1934). It’s not that I ever believe she is Gabrielle; she’s Bette Davis and Leslie Howard is Leslie Howard, but it’s a fantastic view of an early film era when acting meant something stagier than today’s naturalist downplay. And it will be vital to the style of noir. Moreover, we need this kind of excess for Bogart’s Duke Mantee to shine, a precursor of the noir tough guy Bogart would soon embody. Overall, it’s a great, theatrical ensemble cast, and Bette is her gloriously stylized self as much as she will be in classic films from Jezebel (1936) and Now Voyager (1942) to All About Eve (1950).

Allow me to end on a quote: